This is not an Iceman race report. I have no desire to reflect on this experience.

I’m not going to talk about my choice to downgrade to expert the night before in an effort to win some prize money to fix my broken car window.
I’m not going to go into detail about my 2-day run of bad luck.
I won’t address that my brake seized up 2 miles into the race.
There will be no fancy race photos of me.
I won’t talk about how I rode to the finish on a bike that failed me mechanically only to turn in my chip 50 feet before the finish resulting in a DNF.
And I certainly won’t discuss my disappointment in finishing out the season on a bad note.

I still don't know what I was waiting for
And my time was running wild
A million dead-end streets
Every time I thought I'd got it made
It seemed the taste was not so sweet
So I turned myself to face me
But I've never caught a glimpse
Of how the others must see the faker
I'm much too fast to take that test
Ch-ch-ch-ch-Changes_(Turn and face the strain)
Ch-ch-Changes_Don't want to be a richer man
Ch-ch-ch-ch-Changes_(Turn and face the strain)
Ch-ch-Changes
Just gonna have to be a different man
Time may change me. But I can't trace time

What I would like to talk about is the personal changes that these catastrophic past few days inspired me to make. The only good thing about ending the season on a bad note is that it causes you to forget about all the great achievements you made throughout the season and simply reflect on what you can do to improve for next year.

When I first got into the sport of cycling it was to become a healthier person both physically and mentally. The first few years I was able to see immediate progress. This was a reinforcing factor that had always driven me to push harder and train smarter. At one point, I went as far as to weigh out my food intake and chart every consumable item that went into my body. My mentality was that I had nowhere to go but up.

As I got faster, I began to slack on my dedication to maintaining a strict program. I even went as far as to take pride in the fact that I could party until all hours of the night, eat whatever I wanted to, wake up early the next day to ride 70 miles and make other riders suffer in the process. But whom was I making suffer? It was certainly not my competition. I thought just because I was faster than your average rider that I had achieved something.

I started to take for granted all the hard work I put into getting fit and developed a sense of entitlement that the rest should all come easy from that point on. I was selling myself short. Nothing ever came easy either. So I wondered what changes I needed to make. I considered different equipment, different teams, and different training partners.

You may be able to chalk this all up to end of the season burn out induced rambling but most recently I am discovering that the change has to come internally rather than externally. I need to get back to why I got into this sport. I need to elevate myself mentally as well as physically and dedicate next season to making the best season ever.

Mike Waldon used to say that you have to spin fast to go faster. Another person once told me that it never gets easier, just faster. Finally, Michael Jackson said I’m starting with the man in the mirror, I’m asking him to make that change.
Posted by Timothy Finkelstein at 5:30 PM 5 comments: 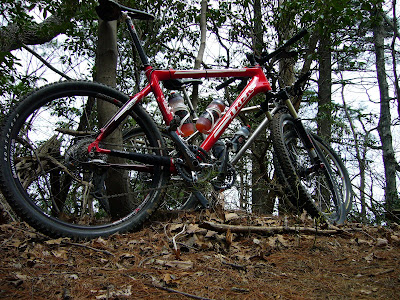 It is tragic to see such a beautiful 9.9 pass on at such a young age. It had so much unfulfilled potential that we will never be able to see. Next time you’re out on the trail, have a moment of silence for the old 9.9.

However, out of every loss of life comes new life. Meet my new Top Fuel 9.9. Thanks to the good folks of American Cycle and Fitness, Cullen Watkins, and Grange Insurance the stork will be delivering this breath-taking baby within the next few weeks. 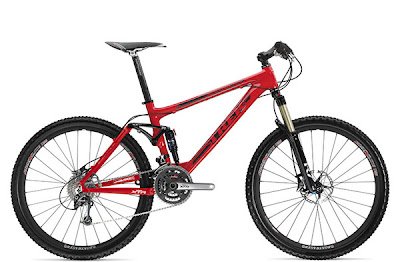 Hmmmmmm…this bike may have solo 24 hour race written all over it?
Posted by Timothy Finkelstein at 4:45 PM 1 comment: