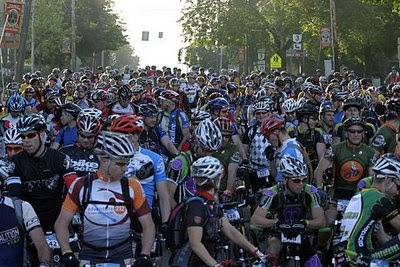 Despite some race cancellations (12-Hours of Addison), May-hem (my experimental journey of 24hr solo World Championship attrition preparation) seemed to wrap itself up on what I am going to consider a good note.

After much mental reluctance, I decided to face the big dogs and venture down to Southern Ohio for the Mohican 100. This race boasts 11,000 feet of climbing and 100 miles of gnarly, gut-wrenching single track, large rocks and roots, and some very hilly dirt roads, double track, and a sprinkle of Amish Country.

I deem this one the race of the unknown. I knew no specifics about the course or what was around any corners. In fact, at 10:00pm the evening prior, I didn’t even know where I was going to rest my head that night!

Despite the adversity, I made it to the line the following morning at 7:00am. As I looked to my left I was staring at Tinker Juarez, MTB legend. As I look to my right I see Chris Eatough, 6-Time 24hr Solo World Champion. Over my shoulder is Jeremiah Bishop, National MTB Marathon Champion among many other extremely talented and well-established MTB racers who don’t really have 9 to 5s. This field was chalked with talent and riders as far as the eye could see.

I’ll be honest, I did not go into this race harboring any delusions that I was not in over my head or that I would be able to have a shot at winning a race of this caliber. My main objective was to face some of the bigger names of the sport as well as survive after a 12hr race a mere 6 days prior. 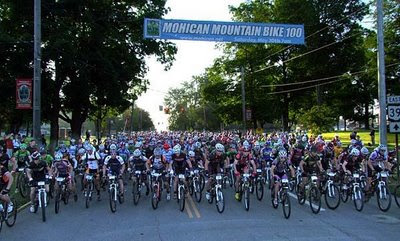 As the siren sounded to start the race I stayed as close to the front as possible. After a lung-searing climb out of town we hit the dirt only to be greeted by the first of a few run-up walls covered in mud. As I crested this hill I found myself at the tail end of the front group. I looked back and didn’t see any other riders anywhere; hundreds of riders had quickly dissipated.

In the next miles I simply strived to hang onto the wheel in front of me. About twenty miles in I crashed hard on a slick wood bridge and initially thougth for sure I broke my clavicle. After I picked myself up and gave myself a passing grade on my body part inventory I ventured onward.

The next 80 miles translated to a blur of downright scary, technical descents, lots of climbing, more run-ups, peanut butter and jelly sandwiches, dehydration because I was down to one bottle after the crash, and some heart to heart conversations with myself of why I choose this physical abuse as my method for definition. In the midst of all this I found my legs feeling pretty good. As we neared the finish I started picking off riders who had blown up from early efforts.

I rolled across the line in 16th place. If you were to ask me to wager at the start line if I would take top 20 in this race I most likely would have said no. I was content with my finish. Additionally, I was satisfied with my physical state upon race completion. Honestly, if we would have had to go for another 100-mile lap I would have been up for it.

A hundred mile race is a mere sprint compared to a 24hr race. I’m amazed at how the top-notch guys at this discipline start these races like they only have ten miles to race. My hats are off to my fellow Michigan racers who simply killed it at this race, you guys amaze me and I have utmost respect for you (Christian Tanguy 2nd Place, Mike Simonson 4th Place, Greg Kuhn 12th place) Although I was not up there duking out with the heads of state I do feel I was at least competitive in this race. I finished only a few spots back from Chris Eatough and in front of Ernesto Marachin, both names who have done historically well at the 24hr Solo World Championships.

I was worried going into this race that if I performed very poorly that I would start mentally psyching myself out and believing that I don’t belong at 24hr Worlds this year. This race is a huge aspiration of mine, albeit a pipe dream. Tom O’Rourke, a cyclist on the 1956 US Olympic Cycling Team at the age of 17, recently told me some very poignant words, “Well, it all begins with a pipe dream…that’s all it ever was for me a pipe dream.”
Posted by Timothy Finkelstein at 7:33 PM 1 comment: