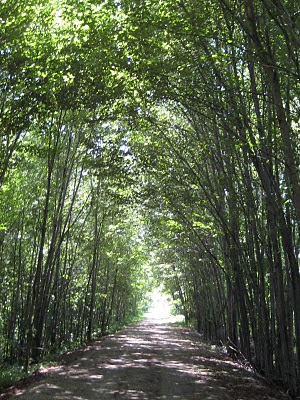 I apologize for the tardiness of this entry but it seems that when you hit the pause button on life to roll 40 plus hours in one week on the bike a tidal wave of postponed responsibilities comes crashing down on you as soon as you cross the finish line. Nonetheless, I’ve had a week to mentally digest this experience and I’m ready to pass it along to you. 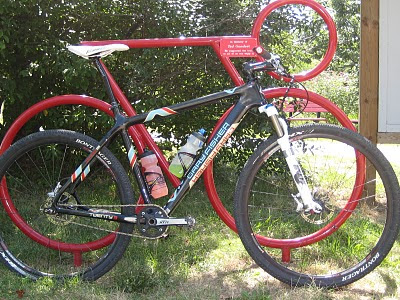 I’d like to first start by sincerely thanking all of those who donated to this cause. Before I started this ride, the Make-A-Wish foundation was purely a conceptual idea to me. It wasn’t until I was fortunate enough to listen to the stories of so many people and feel the support of everyone who was behind me in this endeavor that I was able to see that what I was doing was something tangible and worthwhile. No matter how big or small your donation, the gesture of your support was a major contributing factor toward me keeping the cranks turning throughout this week of attrition. Although I was the one completing the miles on my bike, this event was not about me, it was about the children who have to live with fear that they can’t even understand at such a young age. Make-A-Wish is able to provide something to these children that even the best of doctors cannot; this something is hope, excitement and joy amidst life-threatening situations. Furthermore, Make-A-Wish does not only positively affect the child but also the family unit as a whole. Your support toward this cause allows families throughout the world to improve their quality of life even when it is limited through something as simple and magical as a wish. With your help, I was able to raise $2300 in a little less than a month. This has me excited to see how much higher I can raise the bar next year. 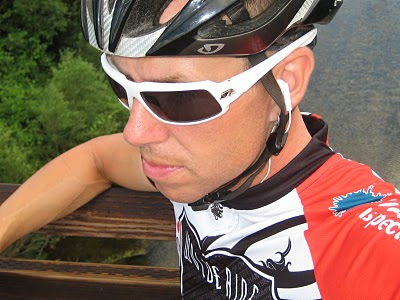 My first 320 miles were ridden alone. I didn’t really plan for this, it just kind of happened. However, in retrospect I’m happy that it turned out that way as I realize it was a blessing. Everyone has his or her own way of grieving the loss of a loved one. I’m discovering that figuring out constructive methods to do this can be extremely challenging and confusing. I’ve also realized that this journey is not a start and end format either but rather an ongoing process that becomes part of the core fabric of who you are as a person. So far throughout my own process riding my bike has been my most comfortable psychiatric chair. These first three days of riding in solitude helped for me to center my thoughts and reflect on certain emotions I have felt over the past year or so. I was hoping for this experience to be a cathartic one and it indeed was. Nonetheless, after riding three days alone, I was ready to welcome company on day four. 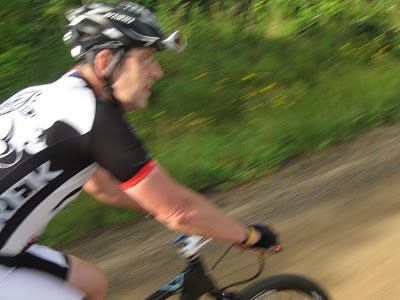 Cullen Watkins and I met up at 6:00 in the morning to head toward Birch Run where an illustrious 40-ft RV, courtesy of the generosity of Jeff Surnow, was going to pick us up in style and proceed toward Traverse City. Despite not having much of a pre-determined route in place we were able to link together some great dirt roads and double track that ended up eventually dumping us out onto Dixie Highway in Flint. We reached Birch Run a little after 12:00 and with 100 miles in our legs resulting in a week total of 420 so far. 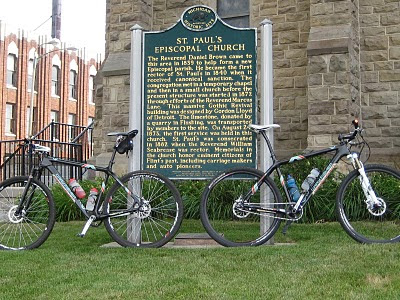 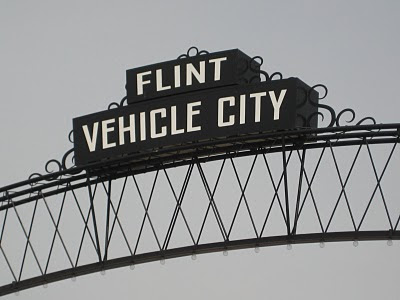 We were greeted by some great company in the RV. As the trip rolled on, I realized that although it was my first time meeting many of these people we were going to all become good friends by the end of the weekend. Whenever you are thrown into a new social situation a common ingredient that is an extremely effective catalyst in unifying the group is beer! I can honestly say that by the time we reached Traverse City, our group had become one! 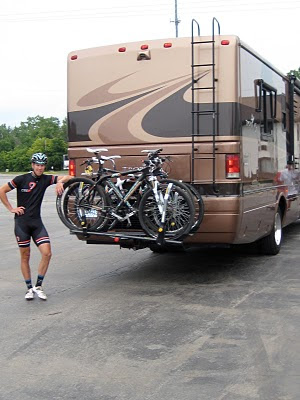 You can take the racer out of a race but you cannot take the race out of the racer. Mind you, this event is a tour. It is not designed for personal glorification or ego feeding. However, when you have 800 plus riders starting at one point, heading in the same direction, and ending at the same point…it kind of becomes a race to me regardless of the rides motive, I guess it’s just in my blood. “Look at that guy…He’s on a single speed mountain bike…he must not have ever done this before…just wait until the end, he’ll be suffering”. Echoes of these sentiments rolled off the tongues of everyone I came in contact with this day. Soon after the ride began I started searching for road wheels to follow and tuck behind until they tinkered out. I spoke with many of the riders, as they all asked me, “Why are you on a single speed mountain bike”? My most common answer was, “I’m a glutton for punishment”. I would then proceed to inform them that I started the day with 420 miles in my legs already and plan to roll 700 for the week. I should also mention, I was not alone in this single speed venture. Cullen Watkins, who first pitched the idea, and Jeff Surnow, were also limited to fat tires and one cog for the weekend. News spread quickly amongst the participants and we became known as “The Deranged and Insane Mountain Bikers” for the rest of the weekend. 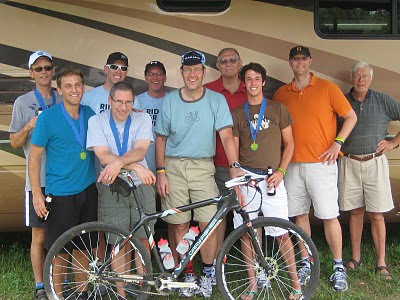 After about 60 miles of riding for the day I stopped in at an aid station and they announced to me that I was the first person through for the day. I was leading the ride…not that it’s a race of course. At around mile 85 two-road bikers blazed by me and I put in an effort to stay on their wheel. The two riders were a fellow Wolverine and Blair Dudley who is a very accomplished road racer. They kept the pace high and dragged me to end the day rolling in as the first three finishers. Soon after we completed, I was able to sit down and talk with Blair and his involvement with Make-A-Wish. Turned out, his daughter received a wish in 2003. He went onto explain how the experience of this changed his life dramatically which even lead to a career change to the healthcare field as well as seven years of participation in the WAM. Again, his story contributed to my conceptual view becoming even more tangible.

That evening we had a Team Alex party in our hotel. Bill and Susie Graham graciously provided the team with food and beverage and thanked us all for honoring the life of their daughter through our efforts. That night I decided to share my story in front of the entire team as to why I wound up at WAM this year. I only made it a few sentences into my speech before I was overcome with tears. I had delivered a speech at my brother’s funeral that I managed to make it through collected. However, this evening as I shared my story aloud it began to become much more real for me. I thought about Bill and Susie losing Alex, and I thought about everyone’s story in the room and my emotions overtook me. At the end of my story, many people approached me. Despite the difficulty of sharing this with everyone it was ultimately a good thing for me and I realized I was amongst friends and supporters.

As we rolled out at 5:45am as a group, we all realized we were going to get wet this day. The forecast did not look favorable and there were even grumblings amongst the organizers that the ride could get shut down today due to severe thunderstorms. Immediately I became fearful that my 700-mile goal could be in jeopardy so I adopted the mentality that if I rode fast enough I could outrun the weather. I didn’t exactly end up outrunning the weather but I did end up avoiding some severe thunderstorms and finished the ride with 118 miles for the day and again, arriving in the front group.

I’ll admit, this day was not a fun day in the saddle. We battled torrential downpours all day long. Under any other circumstances I probably would of thrown in the towel. However, the thought of meeting our wish kids at the finish line the next day and the realization of the suffering they have had to endure kept the wheels turning all day. 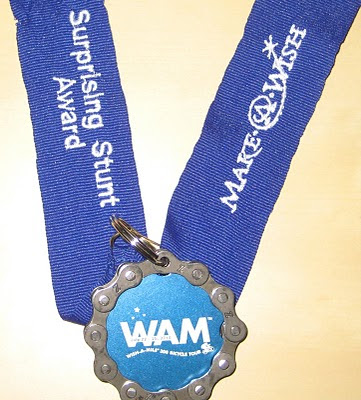 That evening was the WAM Awards Banquet in which they honor the riders, share the event history, and entertain a very tired crowd. To my surprise, I won the award for the most surprising stunt of the weekend. As I said, word traveled fast amongst the riders of my 700-mile week. Also, being a part of Team Alex, we were awarded with the Top Earning Team Award collectively raising just over $202,000, which equates to roughly 30 wishes being granted. I felt very honored to be a part of that figure and overwhelmed that in today’s economic climate, Team Alex was able to achieve this. 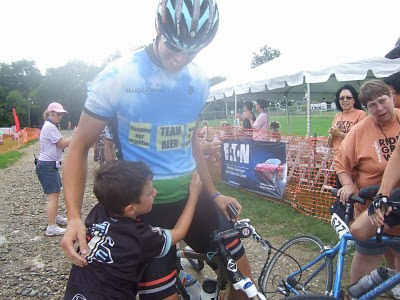 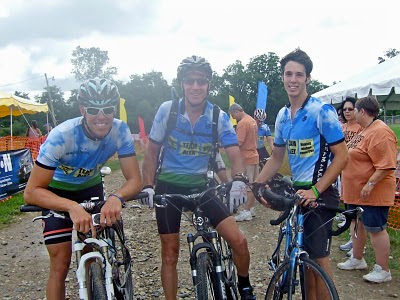 Make-A-Wish is a truly a unique charity in the sense that you get to meet the children your efforts have directly affected. While the root of charity is helping others out unconditionally and without necessary acknowledgement, I believe this unique characteristic of Make-A-Wish is reciprocally beneficial to both those fundraising and those receiving. Perhaps that’s why so many of the Make-A-Wish Kids become employees of the foundation later in life. The opportunity to meet those directly affected by your efforts puts hope in your own heart but also allows the Wish children to realize that there is a community of people fighting for them and supporting them through their adversity. It allows them to understand that they do not have to face fear alone. 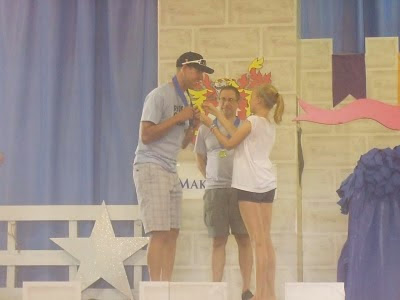 The simple words “Thank You” that came from the mouths of the Wish Kids that day is still resonating in my head. It was during these moments of gratuity from the children that the conceptual truly became the tangible and I realized that I will seize the opportunity to participate in WAM for as long as my body enables me to. 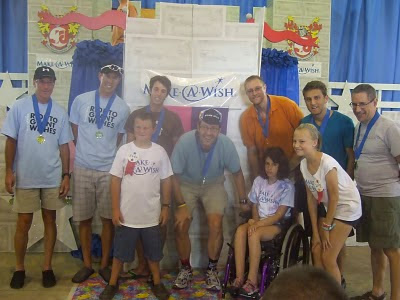 I ultimately ended the week with 730 miles total, 30 miles above my goal. However, the week wasn’t about the miles…it was about something more. Much to my surprise, it ended up resulting in even more than I could of ever anticipated. Again, thank you to everyone who financially supported this as you all share a piece of this experience. 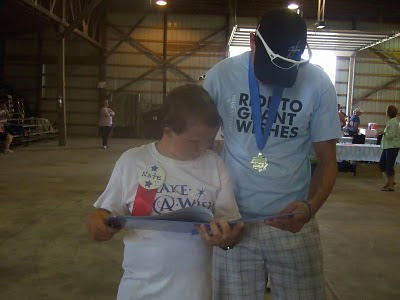 Posted by Timothy Finkelstein at 10:39 AM 2 comments: