I’m deeming this month as a bit of an experimental journey of attrition. Adhering to the Waldon philosophy of racing being the best form of training, I'm keeping the ultimate goal in mind. I’m not sure how I’ll hold up but I am striving to be very cognizant of proper recovery. I hope for great things to come.

Here's how the MAY-hem unfolds:

May 3rd Cone Azalia (report below)

May 9th 12 Hours of Addison

May 16th Tour of Kensington Valley

Cone Report: FYI- I stole this photo from TMS 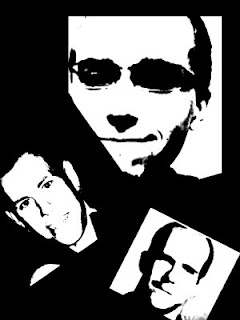 I fell in love with this survival fest ever since my maiden crack at it some years back. Unfortunatly, bouts with luck and misfortune have never brought me to the line in a placing I found contentment with. Whether it be getting stopped by the train in the break or crashing 300m from the line...the list goes on.

This year, Cone files into the “epic” category of my resume. Here’s the short, I flatted on the first lap. After yelling a few obscenities, my selfless teammate Alan offered me his rear wheel. I can’t thank Alan enough, it was his virgin Pro 1-2 race and he sacrificed himself for the betterment of the team only 15 minutes into the race…that’s team! The new wheel led to a few miles of giving chase. Luckily the field was not moving along too fast yet and I was able to make contact comfortably. Lap 3 led to a break of three men including my teammate Cruise. Moments later I found myself in a 4 man chase break with a healthy sizeable gap and all of the heads of state represented. We eventually made contact with the lead break, were satisfied with the equation, and were off working in cohesive synergy. With two laps to go, all bets were off…we started racing each other. Cruise and I had to cover a few attacks but I was confident we were the strongest of the group. Patience led to a final solid result, with Cruise respectively claiming the win while I was right behind him to share the podium spot at 2nd place.

The WSC started with 12 men and while the entire team was not able to finish, I do feel everyone played a role in the ultimate success of the race. My gratitude extends to my entire team. We rode with wings of eagles.